Free Hit Counter
Posted by Kuldip Gupta at 6:53 AM 3 comments:

The Pink Daily Journalists of India.


There is no dearth of diatribe in both the formal news media (specially in Pink Dailies) and the social media about the Corporate sector exploiting and or maltreating the proletariat or the workmen. The “Jholachap” intellectuals nonchalantly continue this barrage.
One thing about this group is almost certain, that their perceptions about the ground realities is as limited as that of PAPPU.
There are about 400 million people in India who can be broadly classified as workmen. Of these about 7%  are in the organized sector i.e. drawing Provident Fund. By and large this segment is largely unionized too. The rest 93% belong to the unorganized segment who can be classified as Children of Lesser God.
It is nearly impossible to exploit these workmen that form this 7% organized workmen slice. Rather  I would like to quote Choudhary Charan Singh on the subject. He said “Trade Unions in this country are holding the nation to ransom.”
The sort of job security that is available to the organized Industrial Workmen through the Industrial Disputes act and its implementation, it becomes nearly impossible to discipline these workmen. As a result Trade Unionism has devolved into hooliganism in this country.  The labour policy is certainly Employee friendly but not “Employment friendly”.
This has resulted in stagnation in absolute employment numbers in manufacturing sector. Whatever miniscule growth that India has been crying hoarse about is in service sector courtesy Lord Maculay and his education policy.
But a poor country needs a major growth of manufacturing sector to render employment to millions being added to population every year. All the brouhaha about having a large Young population in Indian demography is meaningless, when we have lakhs of qualified Engineers as unemployed. There were about 100 MBA graduates applying for post of Grade 4 workmen in Indian Railways recently. Post graduates queue up to join as temporary ‘Safai Karmachari’ grade workmen in a municipality in Kerala.
India needs a Major Labour market reform to boost up its Manufacturing sector. It has to make the policy “employment friendly” shift from the current  “Employee Friendly”. Today in the “Employee Friendly” environment, Corporates are wary of employing Workmen. They are motivated to do mechanization, automation and all other trappings just to curtail the number of workmen. A mechanization or automation in the  Industry would make it more capital intensive industry. Yet everyone is wary of employing extra hands.
I have personally interacted with several large PSU senior executives. Nearly all have admitted that entire running of the plant has been outsourced to the contract workers. One example NALCO a Maha Ratna corporate has about 4000 permanent workmen in one of its unit. This is the actual requirement of workmen to run the plant. Each workman’s cost to company is about Rs.1.25 lakhs/month. They draw this BLOATED  salary and DO NOT WORK. The entire running of the plant has been outsourced  to labour contractors who employ another 4000 contract workmen. Strictly as per law it is illegal to engage contractual workmen for perennial nature of workmen. These contractual workmen time and again agitate demanding regularization of their employment. It is a Catch 22 situation. The day their jobs get regularized, they will stop working.  Management will have to hire another 4000 contract workmen to run the plant.
More or less this is the situation in all the large PSU’s. One look at the pay scale of the Industrial workmen  of any such Large Scale  Units would reveal that tales  of exploitation are  absolute naïve in nature.
Violence has become a tool for collective bargaining. Recently  a senior HRD executive was burnt alive by the workers in a trade union and management meeting at Maruti Plant at Manesar. Certain Pink Daily journalists spin a theory that this violence was orchestrated by Management. They themselves killed their HRD executive to discredit the Trade Union.
It reminds me of certain elements in Pakistan who have been suggesting that entire episode of Malala has been orchestrated by the RAW or Mossad or  CIA with an active connivance of the victim.
Talking about labour laws, there is a particular chapter VB in ID Act, which envisages that an Industry employing more than 100 workmen (that includes supervisors too) needs to obtain permission from Government to close down or  retrench it’s workmen. Governments in India never give this permission. If management of a unit finds its unit financially unviable and would like to downsize its employment to make it viable or close down the unit, they are prohibited from doing so.  It beats all common sense. If article 19 permits me to start a business, conversely I must have the right to quit it also. Government in its populist stand does not think so. This encourages Corporates to keep their strength below 100 by any covert mean or automation.
The way to make the policies employment friendly and to boost the manufacturing sector, certain bitter route corrections are needed.
1)      Scrap Chapter VB. Closing a unit must be an independent decision of the management of all colour and hue without any number ceilings.
2)      Permit contract employment in perennial nature of work. This involves making the de facto into de jure and little else.
3)      Allow to replace five percent workmen without any cumbersome disciplinary  proceedings.
4)      Jack up the minimum wages substantially, to render succor to the workmen.
Caveat: An Industrial Relations Bill was drafted about Two Decades back. No Government irrespective of Political affiliation has had the courage to table it in Parliament for debate.
The English speaking Chatterati aka Leftist brigade in India would always oppose any move that can India get rid of its poverty. It would reduce their grazing ground.

Web Counter
Posted by Kuldip Gupta at 2:53 AM 1 comment: 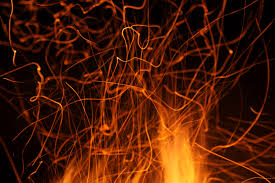 Free Web Counter
Posted by Kuldip Gupta at 6:16 AM 2 comments: